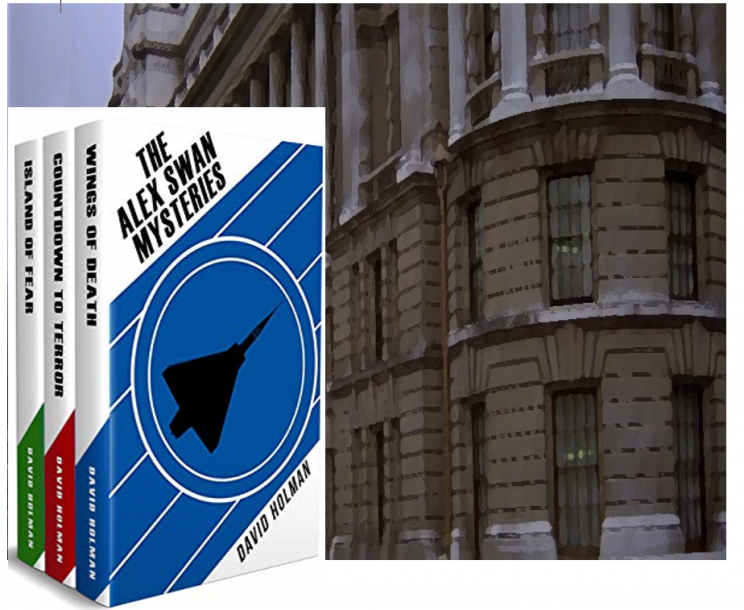 A blend of classic espionage fiction combined with factual historic events of the Cold War, the first three Alex Swan mysteries can now be read in this amazing box set.

Countdown to Terror – It is 1969 and there is a race to place a man on the moon’s surface.

The murder of a German rocket scientist working on Britain’s satellite launcher, Black Arrow, sparks off a series of events leading Alex Swan on the trail of a secret Nazi organisation who have saboteurs strategically placed within the space programmes of the superpowers.

Island of Fear – It is summer 1974 and Turkish forces have invaded Cyprus following a coup.

A top ranking RAF officer is brutally murdered in a London hotel and Alex Swan suspects it to be the work of Cypriot terrorist organisation, EOKA-B, while on that same morning, an ageing RAF Shackleton aircraft lands at Nicosia International Airport with a passenger carrying a highly-sensitive document that could threaten NATO-s Southern Flank and the stability in the Middle East.