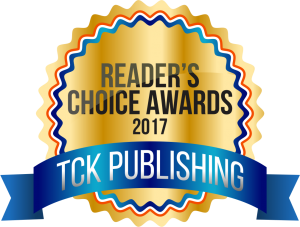 Nominated in the category for best thriller of 2017!

Available in paperback and kindle

“Few writers since have been able to recreate the mid 1960’s, but David Holman has captured the atmosphere of the time perfectly. It is a really good book and I can recommend ‘Wings of Death’ without hesitation”

In Cumbria, a young aircraft designer has been killed under mysterious circumstances, and his fiancée wants answers.

She travels to London to visit Alex Swan, former intelligence officer with MI5, now running a services investigations department. With him is his colleague Arthur Gable, a recently retired Scotland Yard detective who is not quite ready to hang up his shingle just yet.

When Kate arrives at Swan’s office in London she has a harrowing tale.

James had been excited to work on the Rapier, a cutting edge top secret warplane dubbed by the press as the Silver Angel, being designed by Brinton Aviation.

He talked about it with her father, until one day stopped speaking of it. Kate sensed something was wrong, but was not prepared for the call she received from James, saying to her that he has seen the spectres and now they are after him.

Swan is puzzled, and starts to poke around. He learns that a US Government backed company has taken over part of Brinton Aviation to develop their own reconnaissance drone, the Python Hawk.

The program is all hush hush, but why is there an armed guard outside their door?

And what are the Spectres that James saw?

It is only after further related incidents that Swan realises that he’s onto something big and before he’s done, will uncover a secret society that dates back to the time of George Washington and the Revolutionary War.

On their agenda, is murder, espionage and a plan that could destroy the British aviation industry forever.

Wings of Death will have you cheering for Alex Swan, and wanting this sophisticated state of the art aircraft to soar into engineering history.

Kindle edition out now on Amazon published by Endeavour Media

Paperback edition out now on Amazon published by Rapier Books