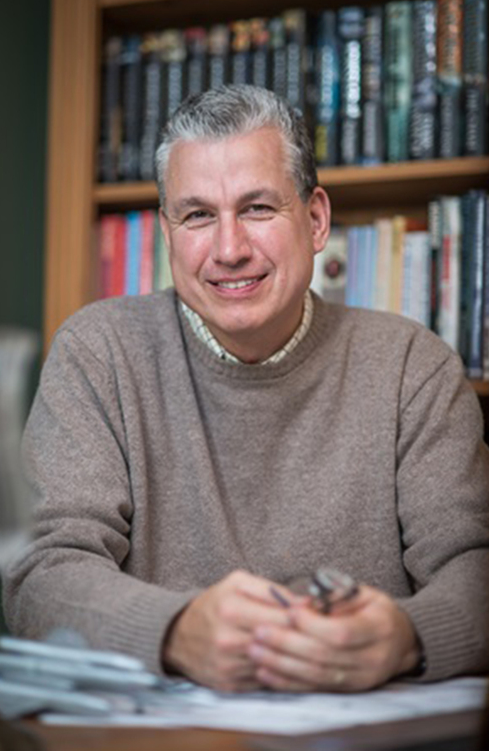 David lives in rural Kent and is married with three daughters. He is a former Lecturer of English. So far he has written three novels in the Alex Swan Mystery series published by Endeavour Media and is currently working on his fourth novel.

David lives in rural Kent and is married with three daughters. He is a former Lecturer of English and is published by Endeavour Media

David also writes for an international aviation related hobby magazine is a reporter for his local newspaper and produces Literature study guides for schools. When David is not writing or teaching, he likes nothing better than to spend valuable time with his family and walking his dogs.

Like his favourite authors, he sees research as an essential part of the writing process and enjoys the fieldwork of visiting museums and other relevant places of interest that enable him to produce the historic and technical accuracy found In his novels. David’s first novel, Wings of Death, (formerly published as The Silver Angel), has come from his self-ministered knowledge of aviation that has grown since being inspired from an early age attending air shows, building models and being an Air Cadet. An avid reader of the thriller and espionage genre, among his list of chosen authors are Frederick Forsyth, Clive Cussler, Dan Brown, Robert Harris and the master John Le Carre. From time to time he also likes to re-visit the classics with Conan Doyle, Verne, Wells and Dumas his selective choices for sheer escapism. However, David has said that he will generally read anything in order to broaden his personal perspective of the written word.

David’s second novel Countdown to Terror is also available and the third novel, Island of Fear, is due to be published in Autumn 2018.

He is currently writing the fourth in the series of Cold War mystery thrillers featuring former MI5 officer Alex Swan and his associate ex-Scotland Yard detective Arthur Gable and is also working on a new series.

FAQs (Typical questions that I get asked at Author Talks)

What inspired you to write your first novel?

It was while researching a subject for an aviation article on the British TSR-2 warplane and the more I delved into the circumstances to why this unique aircraft was suddenly cancelled, I found the story behind it starting to sound like a political spy thriller. So, I just had to write it! My other novels have all been inspired by true events of which I work in a fictional plot centred around them.

Where does your interest in spy literature come from?

It comes from a time when I first started work, commuting up to London and being bored with newspapers by the next stop on the line, my father thrust a copy of Forsyth’s ‘The Day of the Jackal’ into my hands – from that day on, I was hooked. No more newspapers, but a lot more espionage thriller paperbacks.

It varies as I have other commitments but I do like to get up early when the household is nice and quiet and get on with some writing over the first inspirational coffee of the day before tackling the ‘School Run’ and taking the dogs for a walk. I aim for about 800-1000 words a day with evenings put aside for editing.  Sometimes, this can all go pear-shaped as I’m easily lured into the procrastinating clutches of the dreaded Media Monster and as a member of various Facebook sites, tend to get involved in deep conversations, usually ‘Spy book’ related.

What has been your biggest achievement since the publication of your novels?

My first novel, Wings of Death, being nominated for an on-line reader award for Best Thriller of 2017. Also, having read Ken Follet’s Code to Zero while researching for Countdown to Terror and later seeing my book just one spot below Ken’s excellent novel, (Nos 34/35 respectively), in the Amazon Bestseller lists.

Which actors would be your preference for your main characters, if your books ever became movies?

I think British actor, Damien Lewis was good as an MI6 officer in ‘Our Kind of Traitor’ so he would be my first choice for Alex Swan. As for Swan’s former Scotland Yard detective associate, Arthur Gable, Ray Winstone would be a perfect casting .